All instructors are ordained Buddhist monks or ​laypeople trained by monks at the Dhammakaya Temple in Thailand.  Each instructor donates and volunteers their time to teach us.
We thank all our instructors for their generosity and loving kindness.
​ 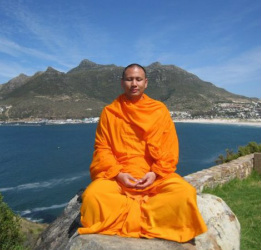 Venerable Pasura Dhantamano was born in Thailand and has over 25 years of meditation experience.  He has a master’s degree in International Relations.  Ven. Pasura has conducted meditation workshops and retreats in countries from South America to South Asia.  He is the director of Peace Revolution, a nonprofit organization dedicated to spreading world peace through inner peace.  Ven. Pasura is also the personal translator to the current masters of the Dhammakaya technique, the abbot and vice abbot of the Dhammakaya Temple in Thailand. 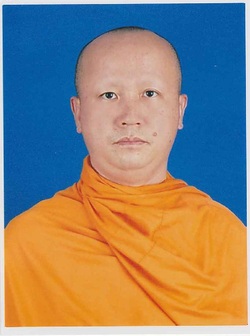 Venerable Anuchit Tikkhaviro finished his Masters Degree in Computer Engineering from San Jose State University, California in 2002.  After graduation, he became interested in Buddhism and ordained as a Buddhist monk nine years ago in California. He has six years of experience teaching meditation in Thailand, America, Denmark, India and Bangladesh.  He currently resides at the Dhammakaya Meditation Center in Azusa, California and teaches English meditation classes. He wishes to share with everyone the knowledge of how to gain happiness and peace through meditation 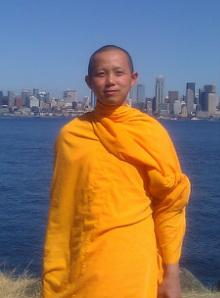 Venerable Dr. Monchai Saitanaporn finished his PhD in Theology and Religion in Sydney, Australia.  He obtained a masters in electrical engineering in Singapore and a masters in philosophy in Sydney.  He has been a Buddhist monk for 6 years now. He has studied Pali to the 6th level (language of the Lord Buddha) and completed the advanced course in Dhamma studies at the Dhammakaya Foundation in Thailand.  He is particularly interested in the interaction of the twofold Buddhist meditations, samatha and vipassana.  He currently resides at the Brisbane Meditation Center in Australia. 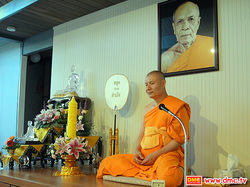 Venerable Boonchoo Ariyadhammo has been ordained as a Buddhist monk for over 13 years now. Ven. Boonchoo has a Bachelor’s degree in Food Science & Technology from Kasertsart University in Bangkok, Thailand. He received his Master’s in International Business from Georgia State University and is now working on his Ph.D. in Buddhist Studies at the University of the West. Before ordaining he volunteered at the Dhammakaya International Meditation Center for five years and was ordained as a novice monk for two years. Ven. Boonchoo has since helped to open the Meditation Center of San Jose and has organized many meditation courses and retreats around the United States. He has been a guest lecturer for such organizations as the United Nations. Ven. Boonchoo currently resides in Arlington, TX as the abbot of the Dhammakaya Meditation Center of Texas. 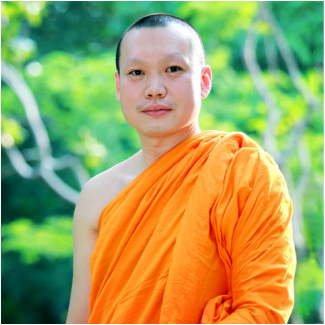 Venerable Piya Piyawajako He was born into a Thai-Chinese family in Chiang Rai, the northernmost province of
Thailand.  He graduated with First-class Honours from Chiang Mai University with a degree in Mechanical Engineering from the Faculty of Engineering. He also completed a MBA executive course from the University of Thai Chamber of Commerce. He has previously worked at Siam Michelin Tire Company and Siam Cement Company as a Maintenance and Production engineer. He has been interested in Buddhism and meditation since 1998 when his friend invited him to join a 3-day meditation retreat; and has been practicing meditation and studying Dhamma ever since.  He intends to follow the way of the Lord Buddha in studying meditation and Dhamma to the highest level, and has been an ordained monk at the Dhammakaya Temple since 2001.  He is now responsible for teaching the practice of meditation and Dhamma to people of different nationalities and from all walks of life. 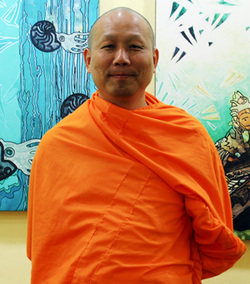 Venerable Manikanto Bhikkhu was born and raised in Bangkok, Thailand. He entered into monkhood on 12/1/87, in the order of Thai Buddhist monks of the Dhammakaya Temple, whose main branch is in Pathumthani, Thailand. Ven. Manikanto has a Bachelor's Degree in Buddhist Philosophy from Thailand and a Master's Degree in Buddhist Studies from Bristol University, United Kingdom. He has been the Abbot (leading monk) of multiple Dhammakaya Temples in London, UK, Belgium, New Jersey and Seattle USA. He is currently the Abbot of the Dhammakaya Meditation Center in Boston, Massachusetts. Ven. Manikanto has taught meditation for over 25 years in Thailand, Europe and the United States. He has been a meditation instructor for 4 years in Europe, 5 years in New Jersey and 9 years in Seattle until moving to Boston last year. He wishes to spread world peace through inner peace

Venerable Vichai Punnadhammo was born in Thailand and began his interest in meditation while in high school. He holds a Masters Degree in Industrial Engineering and after working for ten years in this field, he returned to Thailand where he decided to dedicate his life to the study of meditation and Buddhism. In 1971 he became ordained at the Wat Phra Dhammakaya Temple as a Buddhist monk.  Ven. Vichai was one of the pioneers who founded six Dhammakaya meditation centers in the US, which are located in California, Illinois, Washington, Virginia, Oregon, and Atlanta. Since June 2009, he has been assigned to the temple in Schwarzwald, Germany and is instrumental in organizing retreat programs in Germany, France, Switzerland, Italy and the Middle East.  He has been practicing meditation for 38 years. 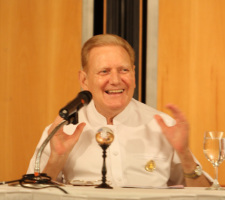 Robert Mawson, a former nuclear weapons specialist, has taught meditation to tens of thousands of people around the world.  He is a certified meditation instructor  and has taught international civil servants and diplomats at the United Nations.  He teaches how meditation can be used as a tool to activate the power of one’s natural healing force and to overcome pain and suffering.

Robert has suffered a great  deal of pain in his life due to physical ailments, and credits his  survival and quality of life to his deep meditation practice.  When Robert needed a heart transplant seven years ago, television’s Dr. Mehmet Oz, coined “America’s Doctor” by Oprah herself, asked to perform the operation.  The operation was filmed on the Discovery Channel to see the difference that Robert’s meditation practice would come to make in his recovery and survival.

Robert is also a Clinical Nutritional Consultant and works with children and adults showing them how to prevent disease and lead healthier lives.  He currently lives with his wife in Hastings on Hudson, NY.

Director of the Meditation Center of Alabama